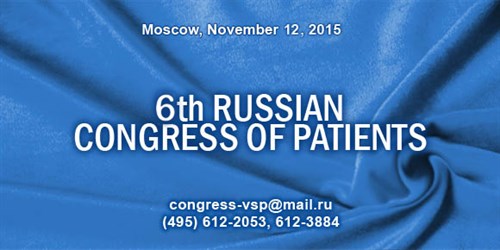 VI Russian Congress of Patients will take place on 12 November 2015 at the Multimedia International Agency ‘Russia Today’, Moscow.
The congress will have its theme as ‘The government and citizens to develop a patient focused healthcare in Russia’.

The ‘Russian Congress of Patients’ is one of the most significant annual events in the development of healthcare in Russia. It brings together NGOs representatives, authorities, professional communities, and mass media, to include debates on crucial processes in the national healthcare, summing up, further improving the dialogue among the government and patient community.

The Congress topics of high priority as suggested this year are:

- current issues of developing healthcare
- making the system of civil control in healthcare and surveillance over the execution of laws in effect and decisions in healthcare
- ways to improve the accessibility and quality of medical assistance
- current issues in pharmacological support in the country
- collaboration of the medical profession and patient community: reality and perspectives

The Organization is to be represented by the largest group consisting of delegates from 37 Russian regions. The delegation will number over 40 people, which will certainly include RuMSS President Yan V. Vlasov.

Within the frameworks of the Congress, there is a number of working meetings scheduled for the RuMSS President with executive authorities. The organizers intend provisions for signing up the memorandum about cooperation with the Association of foreign pharmaceutical manufacturers, as well as discussing perspectives of the development of the cooperation with socially oriented companies over 2016-2017.

More information on the Congress: 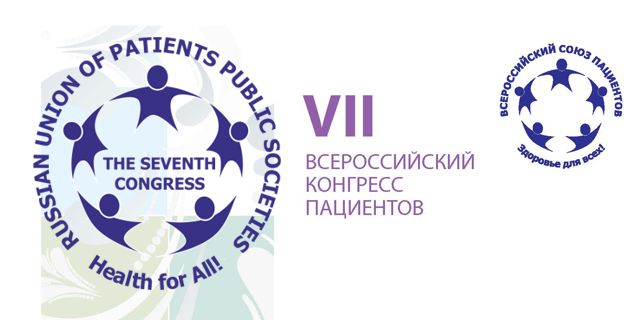 In 2009, the All-Russian public organization of disabled people with multiple sclerosis (Russian MS Society / RuMSS), being one of the largest and rapidly developing civil/voluntary organizations in Russia, together with colleagues initiated the creation of the All-Russian Patients Union (ARPU).

The Union was legally established in 2010, and today it includes 14 active nationwide organizations of patients with severe disabling diseases. These include hemophilia, diseases within oncology, multiple sclerosis, other orphan diseases. In all, the Union/ARPU directly represents the interests of more than 5 million patients in Russia. 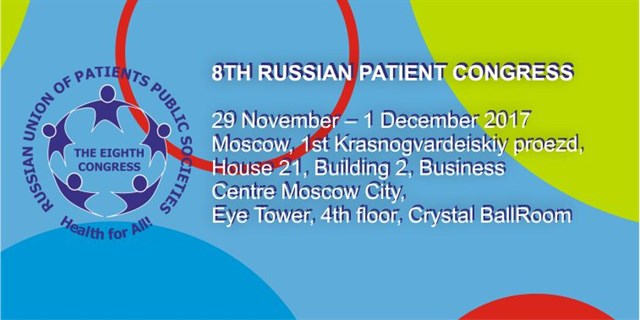 The All-Russian Patient Union (ARPU), is again bringing together, in one hall, patients, physicians, government employees, manufacturers of medicines and medical equipment and all those involved in resolving urgent patients’ problems in Russia and beyond.